How Much You Know About Coral ? 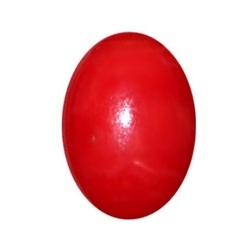 How To Identify Coral Stone

Coral known as Moonga in Hindi and Pravala in Sanskrit.

It forms from branching, antler-like structures created from coral polyps in tropical and subtropical ocean waters.

When the coral polyps die, the hardened skeleton remains, and this material used as a gemstone.

Most coral is white, but nature can create coral in several other colours, including the popular orange to red forms.

This Red Coral, or Precious Coral, which often known, is the most used gemstone form of Coral.

In fact, the colour known as coral derived from the typical pinkish-orange colour of many red Coral gemstones

Consultation with astrologer before wearing as per their birth details is necessary.

Emerald and all their respective alternative gemstones.

Use of alternate gemstone should be, when one cannot afford precious gemstone like Coral.

Astrogemstoneforlife, coral gemstone, Gemstones, How much you know about Coral, Moonga